Will the exchange rate of the pound and the euro recover with the timely intervention of the BoE? » Future currency forecast


The United States has removed India from the list of trading partner countries whose exchange rate and macroeconomic policies it monitors.

The development came as US Treasury Secretary Janet Yellen is visiting India.


The US Treasury Department told Congress in a report submitted Thursday that it had removed India, Italy, Mexico, Thailand and Vietnam from the “watch list” because they only met only one of the three criteria necessary for designation in two consecutive reports. .

The countries that remained on the list were China, Japan, South Korea, Germany, Malaysia, Singapore and Taiwan.

The three factors taken into account to place a country on the watch list are the size of the bilateral trade surplus with the United States, the current account surplus and the persistent unilateral intervention in the foreign exchange market.

The report did not specify which criteria India met, but it does mention New Delhi’s performance in related areas.


The report said India’s foreign exchange reserves stood at $526.5 billion at the end of June, or 16% of gross domestic product.

He said India, like other countries covered in the report, continues to maintain “sufficient – ​​or more than sufficient – ​​foreign exchange reserves based on standard adequacy criteria.”

It also had a $48 billion trade surplus with the United States, according to the report. The report further stated that India provides transparency in economic policy. 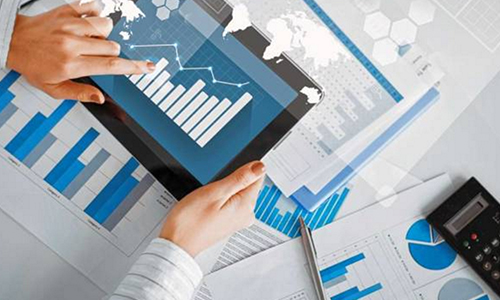