When Napoleon supposedly called us a nation of traders, echoing the French revolutionary Bertrand Barère de Vieuzac, he would have considered it an insult. “Let Pitt then boast of his victory before his nation of shopkeepers,” de Vieuzac said in a speech to the National Convention on June 11, 1794, apparently imitating the economist Adam Smith when he wrote in The Wealth of Nations 18 years later. early on: “Founding a great empire for the sole purpose of constituting a nation of customers may at first sight appear to be a project specific to a nation of shopkeepers.

“However, this is a completely unsuitable project for a nation of shopkeepers; but extremely suited to a nation whose government is influenced by traders.

Today we can say with confidence that people like de Vieuzac and Napoleon were wrong, as the traders turned out to be the secret to Britain’s success. It is because we are one of the first trading nations in the world that we today boast of having the most prosperous city in Europe, London, which also happens to be one of the largest financial centers of the planet, if not the largest. And across Britain, we’ve fostered more ‘unicorns’ – that is, companies worth more than a billion dollars – than Germany and France, and perhaps as many as the two combined.

But as observed in 18th century France, it is small and medium-sized enterprises (SMEs) that have always been the real backbone of the British economy. Even in the age of multinationals, they account for 99.9% of the business population (5.5 million businesses), three-fifths of all jobs (16.3 million) and around half of the workforce. British private sector business (£2.3 trillion or 52%) .

So why the hell is the government trying to make life so difficult for them? You would have thought that any Prime Minister who wanted to revive the economy would redouble their efforts on what is a proven formula for growth.

Instead, Rishi Sunak seems determined to impose so many taxes and hurdles that you’d be forgiven for wondering why anyone in their right mind would want to set up a business in Britain in 2022.

The business climate is already dire as things stand. We have seen the population of private sector businesses decline by 6.5% between 2020 and 2021, which is 389,600 fewer businesses. And while it’s easy to blame the pandemic – which has no doubt had a catastrophic effect with 47% of SMEs having to scale back operations and 31% temporarily shut down – much of the problem comes down to arbitrary elaboration. conservative policies.

To show this, it is worth doing a simple mental exercise. If you were to start a business today, what might you face?

Let’s start with VAT. For years, SMEs have called for the VAT to be reduced to help retailers across the country, with input costs rising by an average of 21% in the past year alone, and an equally crippling increase expected the next year.

While companies are doing what they can to contain soaring prices for consumers, mostly through self-sacrifice in reducing energy consumption, they still need support – perhaps tax deductions – to stay afloat. Without urgent help, many face bankruptcy. Indeed, a survey this week by the Institute for Family Business (IFB) found that 80% of its members are less confident heading into this winter than they were at the height of the pandemic.

However, this message has not yet reached Mr. Sunak and the Treasury, which, we learn, are considering a major tax squeeze on businesses by extending the freezing of VAT thresholds. It would just be calamitous.

At present, businesses only need to register to pay the tax if they have an eligible turnover of £85,000 or more. You may think this threshold is high enough, but with the current rate of inflation, this value is rapidly decreasing. It should also be frozen until 2024 anyway – what Mr Sunak is considering is an extension of two more years.

How much will our companies lose if inflation remains close to its current level? Inevitably, we would see more and more small businesses, already stretched thin, finding themselves in the net of high VAT due to a tax drag. Beyond the immediate financial burden, it would also represent a ridiculous administrative task for employers who are already suffering from staff shortages. No sane person could regard such a policy as anything other than an obstacle to growth.

If you survive VAT bills, then you have to navigate the tsunami of regulations on everything from packaging to website cookies. “Wasn’t that what Brexit was supposed to solve?” I hear you ask. Well, despite receiving plenty of independent reports on how to make regulations more effective outside the EU, three successive Conservative Prime Ministers have largely ignored it.

Also, if the VAT, paperwork and bureaucracy aren’t enough and your business somehow manages to achieve great success, then you risk being rewarded for your efforts with corporate taxes. much higher societies. While most companies incorporated in the Republic of Ireland are subject to a splendid tax of 12%, you would face 25%, compared to 19% currently.

What if you still managed to achieve remarkably good margins and decided to sell your business to invest elsewhere or finance a comfortable retirement? I’m afraid to say the bad news continues because then there is the potential for a massive Capital Gains Tax (CGT) bill, if reports that Jeremy Hunt is considering reducing the allowance to £6,000.

Currently, higher-rate taxpayers pay 20% on shares and 28% on second homes, but the Chancellor is apparently considering aligning CGT with income tax rates, potentially nearly doubling anyone’s bill being in the highest bracket wishing to sell.

Some people, upholding this truly resilient British spirit, will defy all of these odds and still achieve lasting success in life. They are the hard-liners and risk-takers whose accomplishments we all rely on. For all their flaws, it’s something Liz Truss and Kwasi Kwarteng have identified in their quest for economic growth. That’s why they tried to cut the 50p tax rate for high earners and canceled the Boris-Rishi National Insurance tax hike. What a shame that the first policy has now been abandoned, although fortunately the second was too far along in the process to be doomed to the same fate.

Workers too will suffer from this nonsense. Soon, very few companies struggling with the triple demon of inflation, taxation and bureaucracy will have the ability to hire more employees, let alone raise the wages of current workers to match the price increase. So what about the “employment miracle” of recent years? The arrogant political rhetoric of “record unemployment” would vanish in the blink of an eye.

Seriously, if we’re not careful, we risk cracking the UK economy and losing its filibuster spirit for good. Once you encourage a lack of ambition in the population, once that feeling of resignation takes root, it becomes very difficult to recover from it. Ask the French.

Moreover, while it is good that the government is finally admitting the reality that we are going to have to pay for Covid overspending, Mr Sunak appears to have picked the wrong culprits. It was big government, with its huge furlough schemes and lax attitude to Covid fraud, that got us into this economic mess, not the businesses that fought to stay open and keep people on their to-do list pay.

All of this confronts us in the fall statement, which is only a few days away. Just enough time for Mr. Sunak to wander the shopping streets and talk to business owners. Because if he ignores their setbacks, I fear he will meet his Waterloo in the next general election.

It is time to impose a tax on meat. Here’s how to make it work 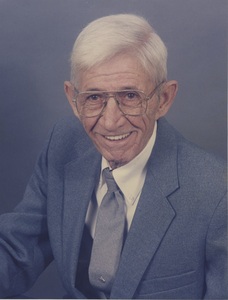 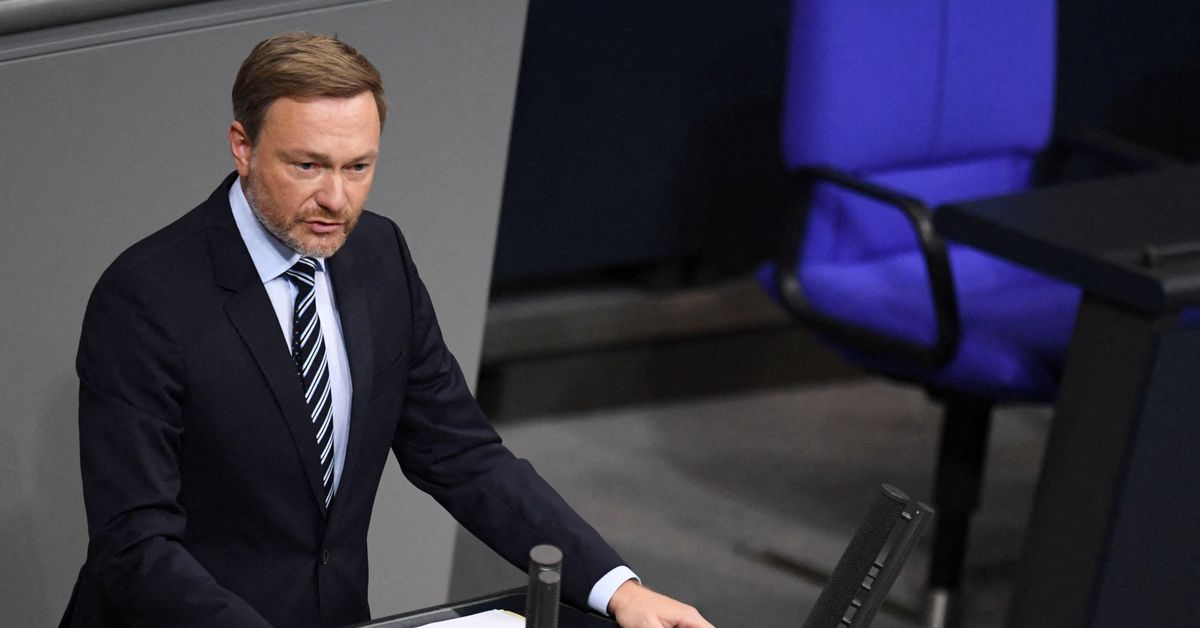 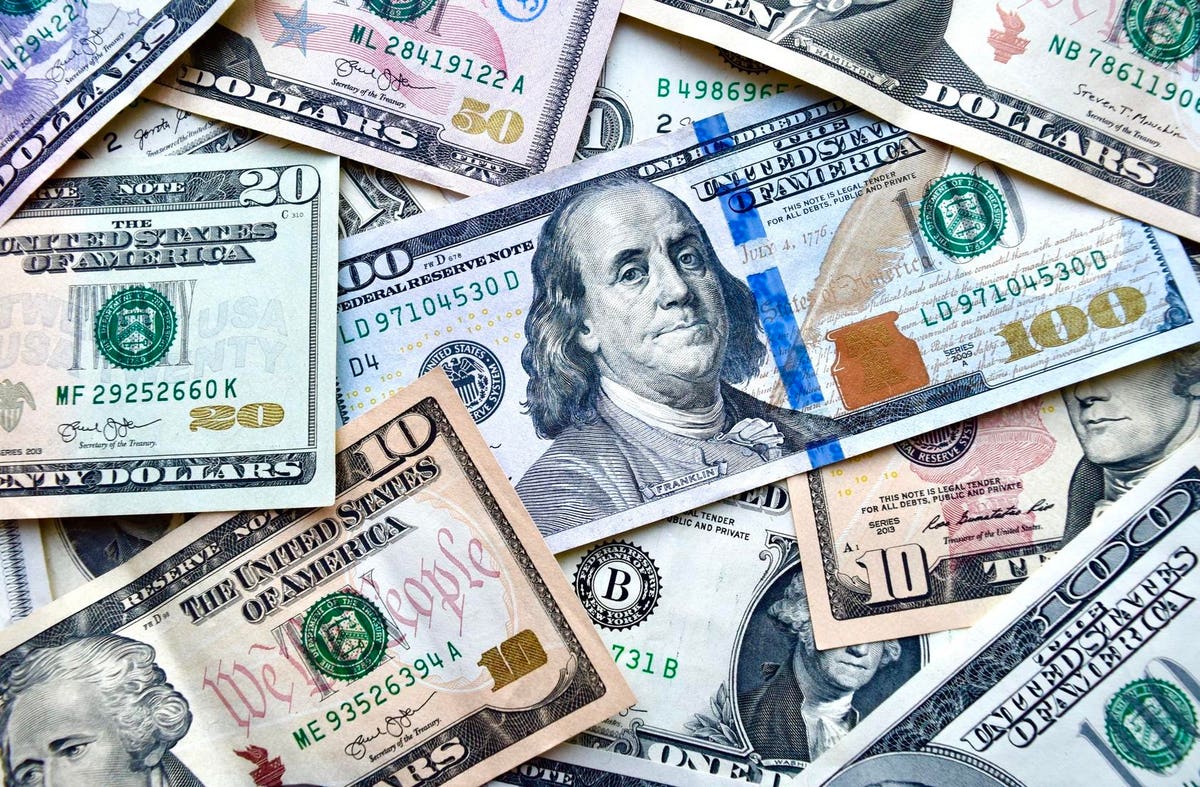