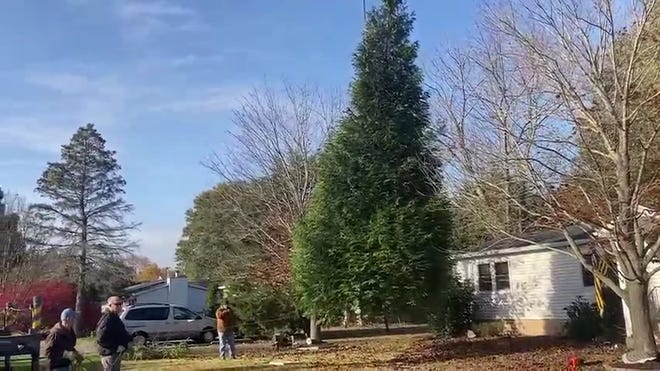 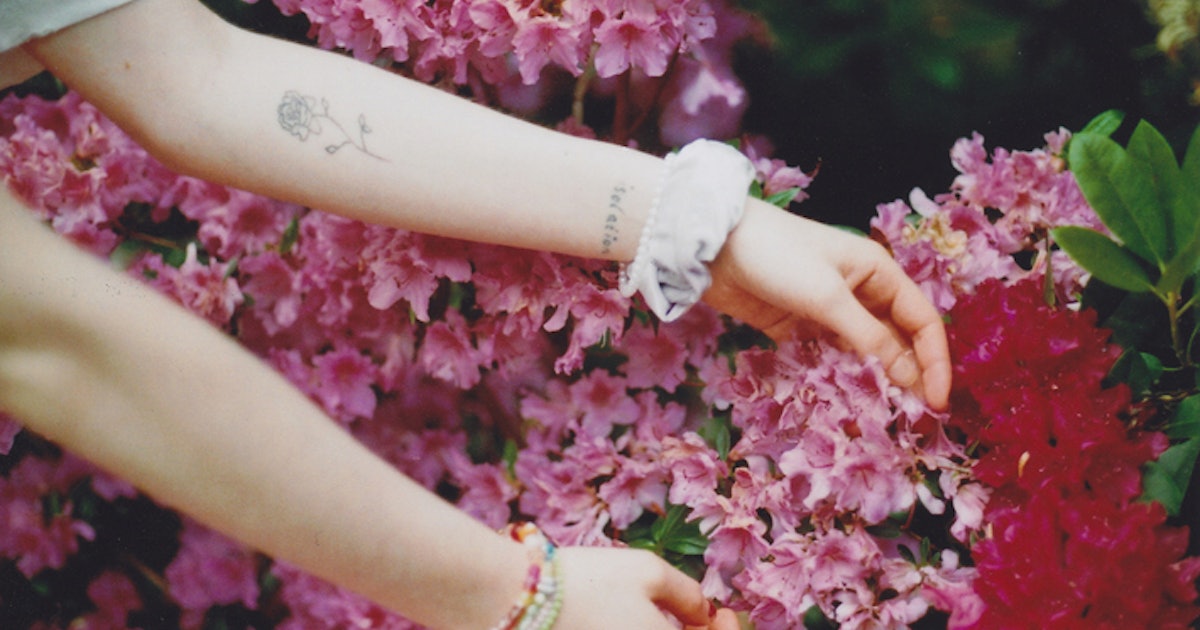 In 2004, The State Press published an image of an exposed nipple with an industrial piercing on the cover of its October magazine.

The cover story was called “Sensual Steel”, but The State Press story would be remembered by a different name: “Nipplegate”.

While the story featured several members of the community with other extreme body modifications, it was the explicit cover image that sparked an administrative scandal. Major ASU donors were upset by the magazine, leading to threats from administrators to withdraw funding from The State Press and kick the newspaper from campus.

Today, the legacy of “Sensual Steel” lives on in the pages of journalism textbooks and on The State Press’s Wikipedia page. But would the question have been so controversial if it had been published today, 17 years later?

As the prevalence and popularity of body modification increases, new industries and technological possibilities are also rapidly emerging. Navigating these new horizons presents a whole new set of challenges and ethical questions for the next generation.

From subculture to pop culture

In modern American culture, where body modification has been historically taboo, tattooing and body piercing often emerge from subcultural, deviant, or marginalized contexts.

Amy Shinabarger, an ASU English teacher who studies body modification in public discourse, had her first piercing at age 15. She pierced her nose at home while her parents were away for the weekend.

“At that point, there really wasn’t another place I could do it,” Shinabarger said. “There weren’t any piercing spots anywhere.”

With her new piercing, there were social stigmas that would follow her for the rest of her life. When she entered college with multiple prominent piercings and tattoos in 1997, she often experienced what she called the “contemptuous grandma look”.

In Shinabarger’s view, body modification is stigmatized in part because it is sometimes intended to be highly visible or shocking. But that doesn’t give others the right to treat changed people differently or harass them, she said.

“It kind of makes your body a public space that people feel like they have at least the right to look at, but also sometimes touch,” she said.

Mark Walters is the owner and founder of Living Canvas, the first tattoo shop to open in downtown Tempe. State Press magazine featured photos of Living Canvas in “Sensual Steel,” so it was only fitting that we returned for a follow-up session and interview to see how the world of body modification has changed.

Walters said when he opened the shop in 1993 that tattoo culture was the domain of punk rockers, bikers and those “on the far left.”

“It definitely allowed me to see all the parts of the tattoo that this generation will never see,” Walters said.

Walters entered the tattoo industry in the late 1980s when he said tattoos were “still a bit frowned upon”. He had sleeves full of tattoos in the 90s and said that every time he went to a restaurant he would sit out of sight.

“I would never have a good seat,” Walters said. “People everywhere were like, ‘oh, this guy’s a white trash’ or whatever. But now it’s not like that. Now everyone has tattoos.”

Walters said part of the change was due to the presence of popular musicians and athletes with tattoos in the ’90s. Body modifications started to become more acceptable, but it was still “kind of an aggressive crowd.”

Today, however, Walters argues that the tattoo subculture no longer exists – in fact, now the reverse may be true.

“I think people with less tattoo have the subculture,” he said.

Shinabarger said there is still a stigma around body modification, but it looks different. She can’t help but notice that her students are more interested in piercings and tattoos and are more eager to get them.

“If I were their age now, I would probably have a lot more piercings than I do,” she said.

While many believe that the prevalence of tattoos and piercings is a modern phenomenon, various cultures around the world have practiced both since ancient times. Often spiritual or symbolic in nature, many Aboriginal people today wear traditional tattoos.

For Michael Brogdon, tattoo artist at Living Canvas, his passion for body art began in another context: his time in prison.

“Tattoos that come out of jail aren’t always the things you see here,” Brogdon said. “There is meaning behind it. There is blood behind it.”

For these and other reasons, the popularity and sudden acceptance of body modification is often dishonestly removed from its cultural tradition. Walters and Brogdon both said they had to dissuade clients from inadvertently getting tattoos related to gangs, prison politics or cultural appropriation.

However, as body modification has become ubiquitous in fashion and popular culture, the prevalence of tattooing and piercing for purely cosmetic purposes has also increased, in what Walters describes as a rapidly growing ‘trendy’ industry. .

Of course, the growing popularity of body modifications hasn’t been all that bad – it has enabled artists like Walters and Brogdon to work with a wider clientele and grow their businesses. But even in this industry, growth has its challenges.

According to Walters, the tattoo industry is increasingly decentralized, with many aspiring artists moving from the world of reputable brick-and-mortar tattoo shops to private studios.

“This is the biggest problem in the tattoo world,” Walters said. “People start learning, they start learning, they’re like ‘Oh, I can do this!’ and then they leave. But they don’t sterilize properly and they do more damage, and that hurts the industry as a whole. “

Walters worked with the city of Tempe in the 90s to establish health and safety rules for the integrity of tattoo parlors. However, he said there had been virtually no regulatory changes in Arizona since 2004, when “Sensual Steel” was released.

In fact, Arizona has some of the most relaxed tattoo laws in the country. The state has no mandatory store inspections and no licenses required for tattoo artists.

“There are a lot of guys in this industry who are pissed off at me,” Walters said. “I’m totally the boss of the boat. Let’s get a license, that would get rid of all those fucking idiots.”

Brogdon agrees that more regulation would solve many of the burgeoning problems in the body modification world.

“It’s just messing up an industry,” Brogdon said. “… to let a bunch of scrapers and hacks mess it up and dilute it and take it in a different direction.”

As traditional and extreme body art gains social acceptance in America, new horizons of modification are emerging, including implantable technologies. While many of these devices may seem like sci-fi fantasies, they are increasingly becoming mainstream realities.

Transhumanism is a philosophical movement that advocates the use of human enhancement technologies to intentionally bypass our current biological limits.

Some, like Katina Michael, professor at ASU School for the Future of Innovation in Society and School of Computing and Augmented Intelligence which studies emerging implantable technologies, believe that transhumanist ideas are part of an illusory “technological trajectory” that could be dangerous.

Michael believes implants are increasingly socially standardized based on his own survey data. In his opinion, it could be related to the growing popularity of traditional body modifications.

“What was anathema in the 2000s is perhaps now not only common but plausible discourse,” said Michael.

With the advent of implantable technologies, new “socio-ethical dilemmas are starting to arise,” said Michael. Much of his public work reflects on the line between medical correction and improved performance – a line which, under the influence of big tech companies, can become blurred if “anything biomedical can possibly (also) have a capacity for improvement, ”she said.

“It will be very difficult to determine who has what for what,” said Michael. “And so we have to be careful, especially when it comes to legislation.”

Many states have already implemented “anti-chipping laws,” which prevent employers from coercively chipping their employees. Meanwhile, tech pioneers often volunteer to implant devices into their bodies to improve their own lives.

Traditional modifications like tattoos and piercings generally have legal and ethical backing in our society, which generally values ​​bodily autonomy and privacy. Modern modifications could also be protected by privacy rights, but skeptics like Michael wonder how truly self-sufficient implantable devices can be when connected to global online networks and tied to big tech companies. like Google or Apple.

“We are at this point where this ability that exists now is starting to create paranoia in people,” said Michael.

Michael said many developers are strongly opposed to the regulation of implantable biotechnology, arguing that it could be preventative or misinformed. Although she remains hesitant about the legislation, she believes – much like Walters and Brogdon – that the modification industry needs regulation in order to ensure safety and positive results.

“My point of view is that we are moving too fast,” she said. “We didn’t think about the long term implications.”

Continue to support student journalism and donate to The State Press today. 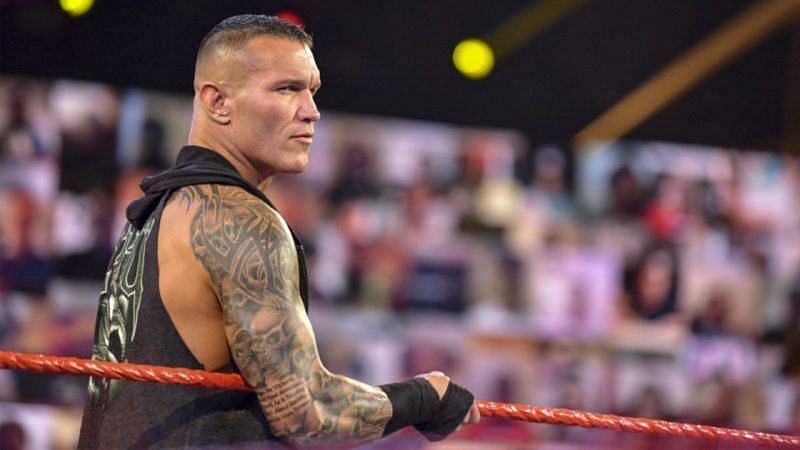