There’s still a long way to go in the 2022 summer transfer market and clubs could still secure more successful deals. Erling Haaland, Darwin Nunez, Robert Lewandowski and several others have already sealed moves and settled in well at their new clubs.

These players are sure to receive the majority of media attention, especially as they lead their respective teams forward.

But behind the scenes, a few clubs have managed to sign some amazing players for relatively little money. Either these teams capitalized on a player’s contract situation, offered him a bigger role in the team, or sold them a good project.

Either way, they are bound to get their money’s worth and could possibly become the defining factor for their teams this season.

Note: All figures are excluding add-ons. Players who signed for their new clubs as free transfers were not included in the list.

Tottenham Hotspur finally backed a manager by splurging on the transfer market this summer. Antonio Conte is arguably their best bet to end their nearly 15-year trophy drought, so it’s no surprise the club have made some quality signings.

Ivan Perisic and Fraser Forster arrived for free while Richarlison and Djed Spence joined for £50m and £12.5m respectively. Clement Lenglet has also signed for the club on loan from Barcelona.

Their best deal, however, is the purchase of former Brighton & Hove Albion star Yves Bissouma.

An absolute metronome in midfield, Bissouma already has four years of Premier League experience under his belt. Despite this, he only turned 25 in April this year and still has his best years ahead of him. Under Graham Potter, the Mali international has mastered the art of passing between the lines and recycling possession.

Spurs have been calling for a player of his profile since Moussa Dembele left in 2019. With Pierre Emile Hojbjerg and Rodrigo Bentancur the only other reasonably experienced midfielders in the squad, Bissouma is a welcome addition.

Harry Winks is reportedly out of Conte’s plans this season while Oliver Skipp is yet to prove himself at the top level.

So to take on such a crucial position on the pitch by signing a player of the caliber of the African star for just £25m (rising to £35m) was a smart move. The reduced price relates to the fact that Bissouma had just one year left on his contract at Brighton as Spurs raced to sign him before anyone else could.

Like Bissouma, Sadio Mane also entered the final year of his contract at Liverpool this summer. It was therefore up to him to make a decision on his future after the end of last season and the Senegalese decided to embark on a new chapter.

Bayern Munich saw this as a moment of opportunity to seize by signing one of the best players in the world (at the moment). Liverpool had little problem letting Mane go, as long as their £26million price tag was paid by the German club.

However, the Bundesliga side will feel like they landed an absolute gem for next to nothing. Although often overshadowed by Mohamed Salah at the Merseyside club, Mane was often a great player for them.

His stats aren’t too shabby either as he has scored 120 goals and provided 48 assists in 269 appearances in all competitions for the Reds.

During that time he has won every domestic trophy at his disposal, including the Champions League, a competition in which he has 32 goals in just 55 games. Therefore, with Robert Lewandowski on the doorstep this summer, Mane’s arrival is not only a splendid addition to the squad, but also a timely one.

Bayern will need someone to replace their outgoing Polish star’s vast goalscoring tally and at 30, Mane still has a lot to do. Therefore, paying just £26m (rising to £33.5m) for him could prove to be a huge bargain, especially if they achieve much success in the years to come.

Kalidou Koulibaly has finally left Napoli and joined a Premier League side after being linked with a move to England for the longest time.

A man of supreme experience, class and talent, Koulibaly signed for Chelsea this summer in a deal worth £33million. The Blues knew the centre-back had just one year left on his contract at Napoli and jumped at the chance to bring him to Stamford Bridge.

However, his arrival looks crucial for the West London club, who lost Antonio Rudiger and Andreas Christensen in the summer. Cesar Azpilicueta and Marcos could still seal moves for themselves. Therefore, it was always so important to bring a calming presence to the team and Koulibaly certainly fits the bill.

Koulibaly joining Chelsea is the best deal ever for Todd and Tuchel
Why?
1. We sign a world-class defender for
less than £40m, summer deal.
2. He is a leader with so many trials and experiences
3. He will only open a path for colwill, just like Silva did 4 Chalobah

Koulibaly joining Chelsea is the best deal ever for Todd and TuchelWhy? 1. We sign a world-class defender for under £40m, deal of the summer.2. He is a leader with so many trials and experiences. He will only open a path for colwill just like Silva did 4 Chalobah https://t.co/zWRp0jjNUt

Having been a hugely important part of Napoli’s squad for the past eight years, the African star has the ability to command a defence. Moreover, his long-range passing, aerial ability, recovery speed and leadership qualities will be very useful in a relatively young and dynamic team.

Thomas Tuchel needs players who can form part of a cohesive starting XI and alongside Thiago Silva, Koulibaly could form an incredible centre-back partnership next season.

Although the Senegal international turned 31 in June this year, age is just a number for him. His discipline, fitness and professionalism keep his thirst for success intact, thanks to which his £33million fee already looks like a boon to the Blues.

Manchester City have decided to let some of their first-team stars leave the club this season, following the arrivals of Erling Haaland, Julian Alvarez and Kalvin Phillips. While Raheem Sterling moved to Chelsea, Gabriel Jesus and Oleksandr Zinchenko signed for Arsenal.

Although Jesus picked up £45m, City let Zinchenko go for just £30m (rising to £32m). Although one proved his ability more than the other, the Ukrainian didn’t receive the same chances as he was often used as a substitute for Pep Guardiola.

But the Spaniard’s former assistant manager Mikel Arteta certainly saw the point in bringing Zinchenko to the Emirates. An extremely versatile player, the 25-year-old star can replace left-back and midfield. He also has the experience of winning the Premier League, with the discipline and quality to back it up.

An excellent cruiser of the ball and an even better runner with it, Zinchenko provides good coverage in the full-back role while providing much-needed balance in midfield. Alongside Granit Xhaka, Martin Odegaard and Thomas Partey, the Gunners now have another player who can be a box-to-box sensation.

So to pay £30m for a player of Zinchenko’s quality and age profile is unbelievable for a team that failed to finish in the top 4 last season. Incidentally, the Ukrainian star could now be one of the main reasons the Emirates side secured Champions League football in the 2023-24 campaign.

An underrated signing by any definition of the phrase, Borussia Dortmund have once again captured a potential world champion in Karim Adeyemi this summer.

The German club have a knack for signing future superstars and selling them for huge profits later on. Erling Haaland’s departure this summer is proof of that, while Adeyemi’s arrival as successor shows their smart transfer strategy.

The German centre-forward, who turned 20 this year, scored 33 goals and provided 21 assists in 91 appearances for RB Salzburg before coming to Signal Iduna Park this summer. This includes his four goals and two assists in 11 Champions League appearances.

Thus, Adeyemi already has reasonable experience of playing at the top level and will only continue his development at a club like Dortmund. Alongside Giovanni Reyena, Jude Bellingham, Nico Schlotterback and Donyell Malen, the German international could become the next big thing.

The Yellow Wall rarely misses the mark in signing such rising talent, and at £35m Adeyemi could hit a huge fee if and when they decide to sell him. But for now, the striker is certainly a profitable signing and will provide a good return as he prepares to score goals in his home country.

Previous Does the 2023 BMW i4 qualify for a federal tax credit?

Next England set for 'fairytale' Women's Euro 2022 final against Germany 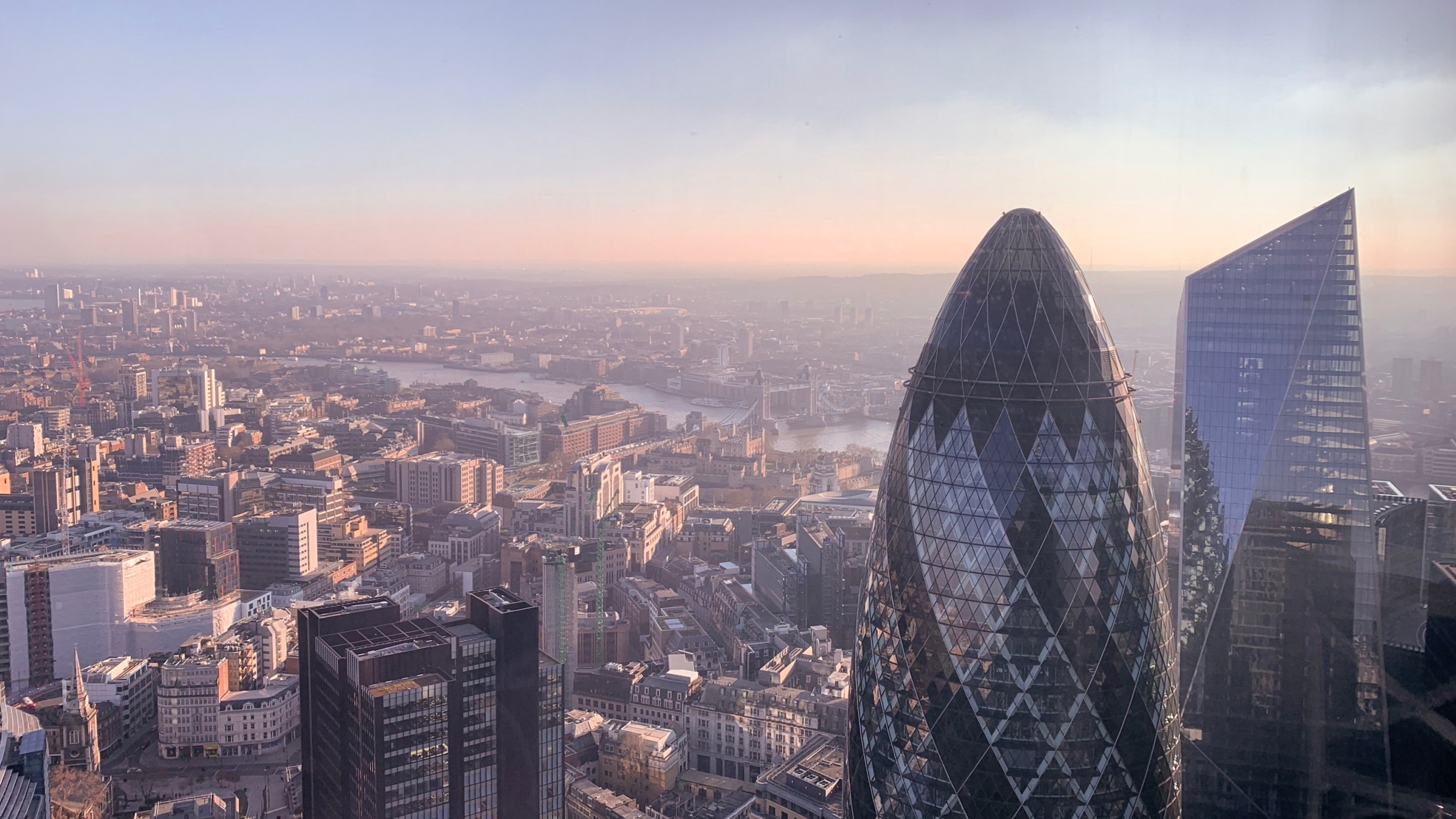